Since October 2012 we’ve been working very hard to make this happen and I’m really proud to announce that I’m part of the team that co-founded the Startupbootcamp HighTechXL program in Eindhoven!

The mentor driven program will be run by an enthusiastic and experienced team of high tech entrepreneurs. Together with Amazon Web Services, SBC HT will organize open pitch days in various cities across the globe, promoting the program and hunting for the best startups to participate in the Eindhoven program. In the next three years the team aims to screen more than 1.200 applications and launch and accelerate over 30 new startups, expecting 70% of the participating teams coming from abroad.

Guus Frericks, co-founder Startupbootcamp High Tech XL, said: “At DEC we support innovative companies in different parts of their lifecycle by providing access to finance, international networks and hands on support. We are very excited to run the highly successful Startupbootcamp startup accelerator program in Eindhoven with a specific focus on high tech where we can simultaneously accelerate ten high profile startups per program. It’s the fastest way to bring great teams and ideas to the next level, contributing to the innovative power in the region. If you want to start and grow a great high tech company, Eindhoven definitely is your best option.”

Patrick de Zeeuw, co-founder of Startupbootcamp Global is very excited about the Program launch   in Eindhoven: “Eindhoven is my home town and has been the European capital of high tech for over 25 years. It has recently been voted as “Smartest region” around the world by the Intelligent Community Forum ICF in New York. In 2012 Eindhoven was voted by Fortune as one of seven best new global cities for startups. These statements prove the potential of a Startupbootcamp program with High Tech focus in Eindhoven. Since Guus approached me mid 2012 we have been having very constructive meetings on launching a High Tech focused program in Eindhoven.

As we always say to our startups; “it’s all about the team”. We feel we have found a great local team with the same passion and know how we have about startups for Startupbootcamp Global to partner up with.”

The Eindhoven region, dubbed ‘Brainport’ represents an unequalled high tech ecosystem that is perfectly equipped to support and grow high tech companies. Cornerstone in Brainport is High Tech Campus Eindhoven. This one-square-kilometer area of the High Tech Campus in Eindhoven is home to more than 100 companies and institutes (among which global players such as ASML, Philips, NXP, IBM and Intel) and some 8000 researchers, developers and entrepreneurs, which churn out around 50% of all Dutch patent applications. Bert-Jan Woertman, business development manager High Tech Campus Eindhoven said: “We are very happy to participate in Startupbootcamp, providing the program with office space and embedding it in our undoubtedly inspiring and vibrant high tech ecosystem”

The hyper intensive program will open for applications at May 15th 2013. http://www.startupbootcamp.org/programs/hightechxl.html

What makes a life?
Say ‘no’ to almost everything
Motivational Monday – A different perspective 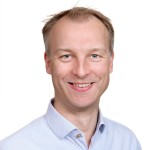